Attention-deficit/hyperactivity disorder (ADHD), formerly known as ADD or Attention Deficit Disorder, is a neuro-behavioural disorder commonly characterised by hyperactivity, inattentiveness, impulsivity or a combination of all. It is not just a problem in children prevalent in children but also among adults. Worldwide studies now show that up to 5% of the adult population struggle with Adult ADHD. The National Institute for Clinical Excellence (NICE) already recognised Adult ADHD as a genuine medical condition with a specific cluster of symptoms and they have issued clear guidelines on the best evidence-based treatments.

If you were diagnosed with childhood ADD/ADHD, chances are, you’ve carried at least some of the symptoms into adulthood. But even if you were never diagnosed with ADD/ADHD as a child, that doesn’t mean you can’t be affected by it as an adult. 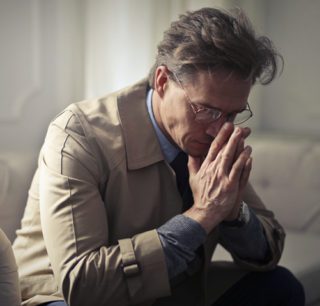 In the past attention deficit hyperactivity disorder often went unrecognized throughout childhood. Before the 1980’s very few people were even aware of ADD/ADHD. Instead of recognising your symptoms and identifying the real issue, your family, teachers, or other parents may have labelled you a dreamer, a slacker, a troublemaker, or just a bad student. Even many doctors were not aware of the condition.

Alternatively, you may have been able to compensate for the symptoms of ADD/ADHD when you were young, only to run into problems as your responsibilities increase. The more balls you’re trying to keep in the air-pursuing a career, raising a family, running a household-the greater the demand on your abilities to organise, focus, and remain calm. This can be challenging for anyone, but if you have ADD/ADHD, it can feel downright impossible.

ADHD in adults can be treated through one or a combination of the following:

At the ADHD Centre these evidence-based treatments are are specially tailored for each patient’s needs. ADHD symptoms do not necessarily go away but you can develop skills and have medications to be able to control these and prevent them holding you back in life.

What the ADHD Centre Can Do For You

At the ADHD Centre we are dedicated to helping our clients, both adults and children, through individual assessment, proper diagnosis and evidence-based treatments planned out and tailored for your specific needs.

Setting up a Shared Care Agreement with your GP