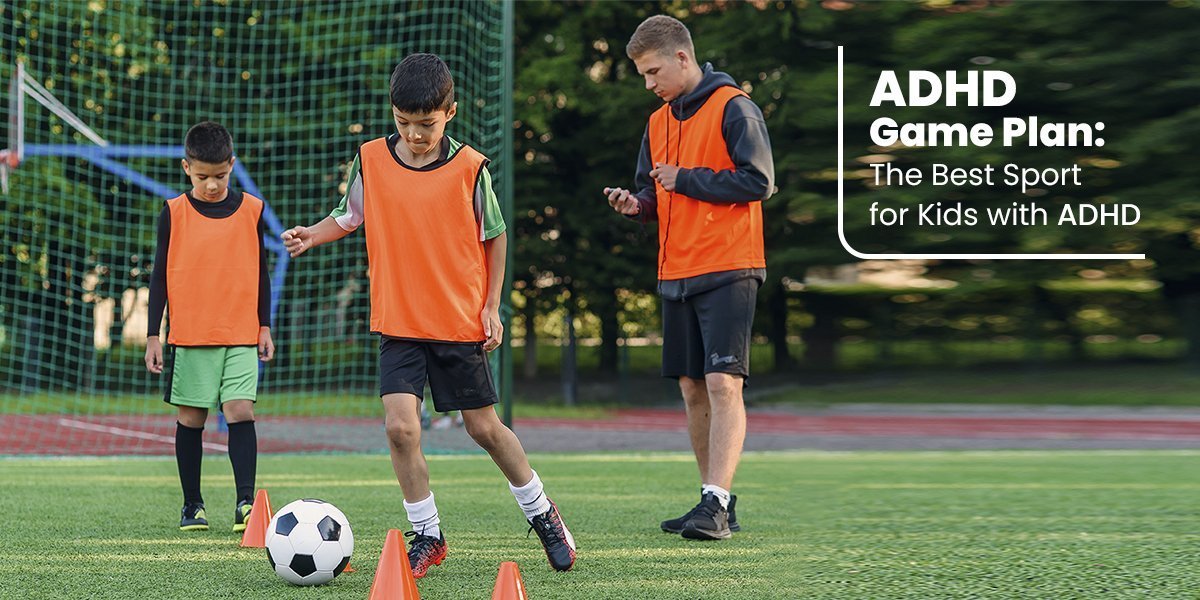 Not all sports are created equal but players need one common factor to succeed in all kinds of sports: concentration. Organization and lack of distraction are the two main keys of concentration that is needed for sports success. Consequently, not all sports play well with ADHD characteristics. For children with ADHD, the most difficult opponent to have in a playing field are themselves. Challenges that ADHD kids experience in the classroom and at home will be the same challenges they will have in the playing field. Sports is one of the most productive things that active kids can excel in. It can be a great help to control the symptoms of ADHD.  ADHD kids Sports, which requires exercise and physical activity increase production of dopamine and norepinephrine which can help in easing the symptoms of ADHD such as hyperactivity.

However, for many kids with ADHD, playing the sports itself is as difficult as beating an opponent. ADHD is commonly characterized by these traits, hindering many kids with ADHD in their sports success: distractibility and inattention, impulsivity, lack of organizational skills, difficulty in following instructions, and a low tolerance for frustration.

Impulsivity. ADHD kids usually act before thinking rather than think of strategies and techniques to apply during gameplay. They may also have difficulty waiting in line for their turn during practices.

Low tolerance for frustration. Losing is always part of the game. Unfortunately, for kids with ADHD, this may be a hard fact to accept. Losing to an opponent may give triggers to anger, tantrums and rages, which can be a cause of aggressive behaviours.

Difficulty in the following instruction. ADHD children find instructions tedious to follow through. They usually want to jump right into playing the sports rather than following rules in devised gameplays.

As a parent thinking of resorting to enrolling your ADHD kid in sports, it is important to determine first his skill sets as well as symptoms. Determine the aspects he/she usually have a hard time. Then use these to decide which sports will showcase your child’s strengths and abilities. Here are some sports to choose from.

Martial arts such as taekwondo and karate are great options to enrol your child in. These sports are ideal for children challenged with ADHD symptoms such as inattention and impulsivity. In martial arts, kids are taught self-control, self-discipline and concentration. Each routine is to be practised with close attention to details. Because kids master each martial art routine in a step-by-step manner and routines are instructed rather than coached, there are little opportunities for distractions. Furthermore, martial arts feature rituals for respect, such as bowing to instructors in the beginning and the end of each class. This can help teach kids to accept authority, develop respect and practice the use routines in other aspects of their lives. 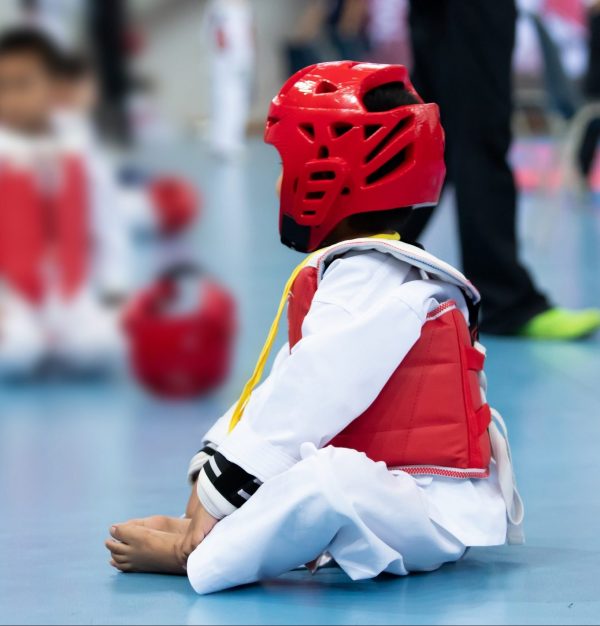 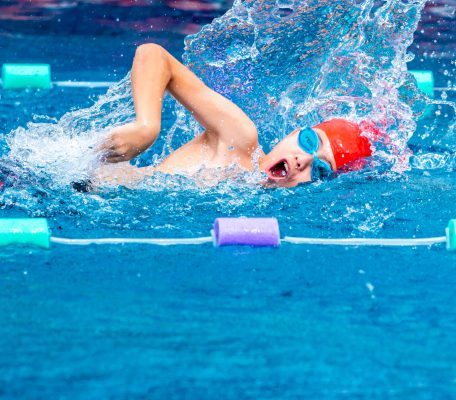 One famous sports icon who is known to have ADHD is Michael Phelps – swimming olympiad and also known as one of the world’s fastest swimmers. According to Phelps, swimming has helped him manage his ADHD symptoms by keeping his focus and discipline. Swimming is a great way to help kids with ADHD excel with guidance and structure. Swimming coaches provide one-on-one sessions in teaching methods and skills while giving the child an opportunity to still be part of a team. Swimmers focus on personal development by focusing on improving swimming routines and swimming lap times without being compared to others in the team.

Gymnastic routines require close attention and retention of body movements, helping children with ADHD improve focus. If your child is suffering from ADHD symptom of sensory processing disorder, then gymnastics is the perfect fit. Routines and equipments in gymnastics are similar to equipments used in occupational therapy. These help your child develop core strength, muscle awareness and sense of balance – important factors of sensory processing.

Tennis doubles can require teamwork, coordination and communication. It’s quick and fast-paced, which is perfect for kids with ADHD. Tennis also gives the perks of hitting the tennis ball, of course. It is a great way for kids to release anger and frustration after a long day in class.

If your child has seemingly boundless energy and unwarranted aggression, the wrestling mats can be a fun haven and safe as well. Wrestling is the perfect avenue to channel your child’s aggression in a safe, disciplined and guided way. For your ADHD kid, it is a way to knock people down without having to get in trouble. 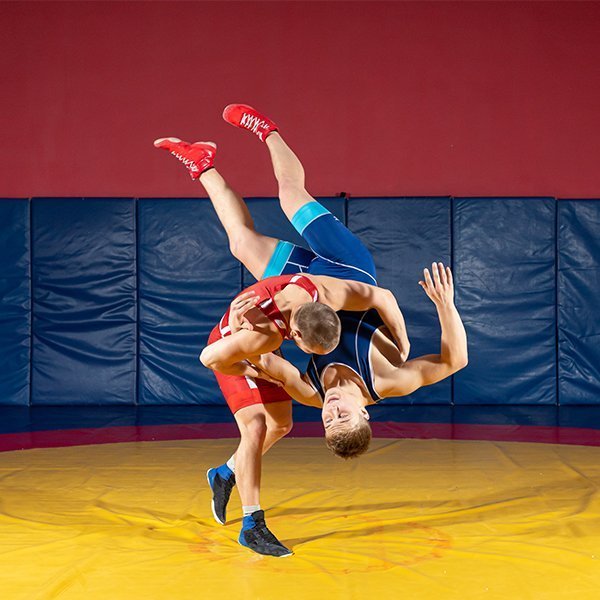 Track events gives your child opportunity to improve himself without directly competing with other children. Track and field teaches kids discipline, pacing and routines which is helpful to harness boredom-induced behaviours.

Baseball is a perfect sports to teach your child sportsmanship, teamwork and patience. But modifications are crucial for success in this sports. Talk with your child’s team coach about changing drill patterns and field positions, alternating between multiple practice stations and giving your child coach assistance jobs during intervals to keep him busy.

When you let your child engage in sports, there is one crucial matter to  remember: talk to the coach.  Coaches create a huge impact on the success in your child in his/her choice of sports. Most coaches have little knowledge about ADHD. Talk with the coach about your child’s special needs; a good coach will treat this as a gem. Whether they opt for a team or an individual sports, an understanding coach or teacher can make or break your child’s experience in sports.

Whatever sports you have decided will be perfect for your child, it is important to talk with him/her about it. Recognize and understand his/her weaknesses and strengths. Be your child’s number one cheerleader and supporter.

At The ADHD Centre, we offer an ADHD Test Online for you to know or confirm if you or a loved one happens to have ADHD and if you would like some further guidance and support on managing your ADHD then please contact us at The ADHD Centre on 0800 061 4276 or via connect@adhdcentre.co.uk. We can provide you with an in-depth ADHD assessment to improve your understanding of the disorder and to know what treatment method is fit for you.

previousADHD Parenting: Coaching & Teaching Your Child On How To Make Friends