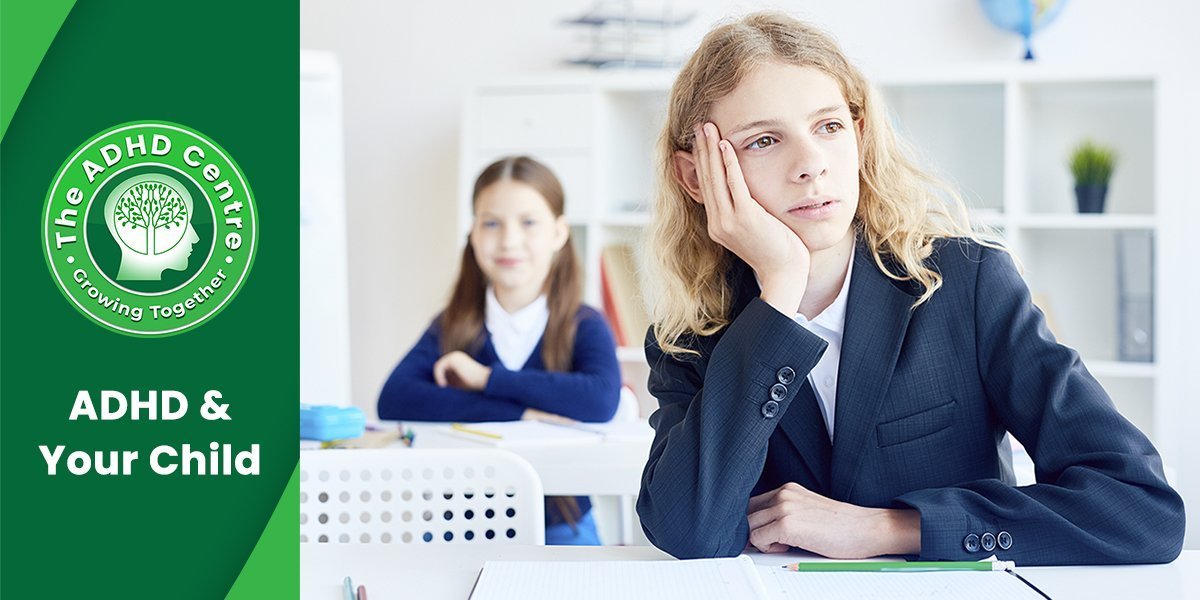 It’s often normal for children to occasionally daydream during class, forget their homework, get fidgety at the dinner table or act without even thinking. However, inattention, impulsivity and hyperactivity are all signs of attention deficit hyperactivity disorder (ADHD). It could also be regarded as Attention Deficit Disorder (ADD), or Predominantly Inattentive Type ADHD, if the inattentive symptoms are more prominent than hyperactive symptoms.

ADHD is a common neurodevelopmental disorder which often manifests in early childhood – usually before children get to the age of seven. It’s actually one of the most common childhood disorders, which can also affect adults, though the symptoms begin in childhood. It makes it quite difficult for children to inhibit their spontaneous responses (responses that often involve speech, attentiveness and movement).

It’s not always hard to identify kids who are unable to sit still, find it difficult to listen and are unable to adhere to instructions even when they are clearly presented. They usually blurt out inappropriate comments at odd times and are mostly criticised for being undisciplined, lazy and troublemakers. Well, the truth is that they are not just acting out; they may have ADHD.

The symptoms of ADHD have been identified in kids who are as young as five years old and typically, they start before twelve. It’s often more common among boys than girls with varying degree of intensity; it could be severe, moderate or mild. The condition often manifests very differently depending on the individual.

Generally, what comes to mind when people think of attention deficit disorder are out-of-control kids in constant motion who are always disrupting everyone around them. But it’s not always like that in every situation. While some children with ADHD may be hyperactive, others also sit quietly – but their attention may be miles away. Also, some focus mainly on a task and may find it difficult to shift their attention elsewhere.

There are also those who may be mildly inattentive but generally impulsive. What determines the signs and symptoms that a child with ADHD has are the predominant characteristics. So, kids with ADHD may be:

In most cases, people tend to overlook children with inattentive symptoms of ADHD because they are not always disruptive. But the symptoms of inattention also have various consequences – always having issues with teachers and parents for failing to adhere to directions, clashing with other children for failing to play by the rules or underperforming in school.

At The ADHD Centre, we offer an Online ADHD Test for you to know or confirm if you or a loved one happens to have ADHD and if you would like some further guidance and support on managing your ADHD then please contact us at The ADHD Centre on 0800 061 4276 or via [email protected]. We can provide you with an in-depth ADHD assessment to improve your understanding of the disorder and to know what treatment method is fit for you.

nextPositive Effects of ADHD in Children