Dr Kulik completed his psychiatric training initially on the UCL and later continued at Barts and The London, where he became a member of the Royal College of Psychiatrists. Moving forward, he continued his Higher Psychiatric Training, where he received his CCT in General Adult Psychiatry with Endorsement in Addiction.

Dr Kulik previously worked in an Access and Assessment service in East London, which allowed him to see patients with a wide range of conditions, in particular depression and bipolar disorder, anxiety, post-traumatic stress disorder, Adult ADHD and psychotic conditions, as well as treating patients who abuse substances.

In his independent practice, he further developed his expertise in Adult ADHD and co-morbid conditions.

Dr Kulik has also worked for the Care Quality Commission reviewing the standards of care provided by different Trusts across the country.

CCT in General Adult Psychiatry with Endorsement in Addiction Psychiatry

Member of the Royal College of Psychiatrists

Member of the General Medical Council

Member of the MPS 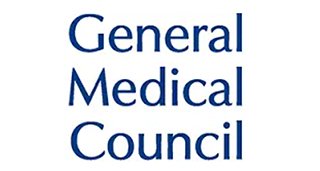 Whenever you are struggling with your emotional and mental health, we are always available to support you with your needs. Feel free to contact us for an appointment.