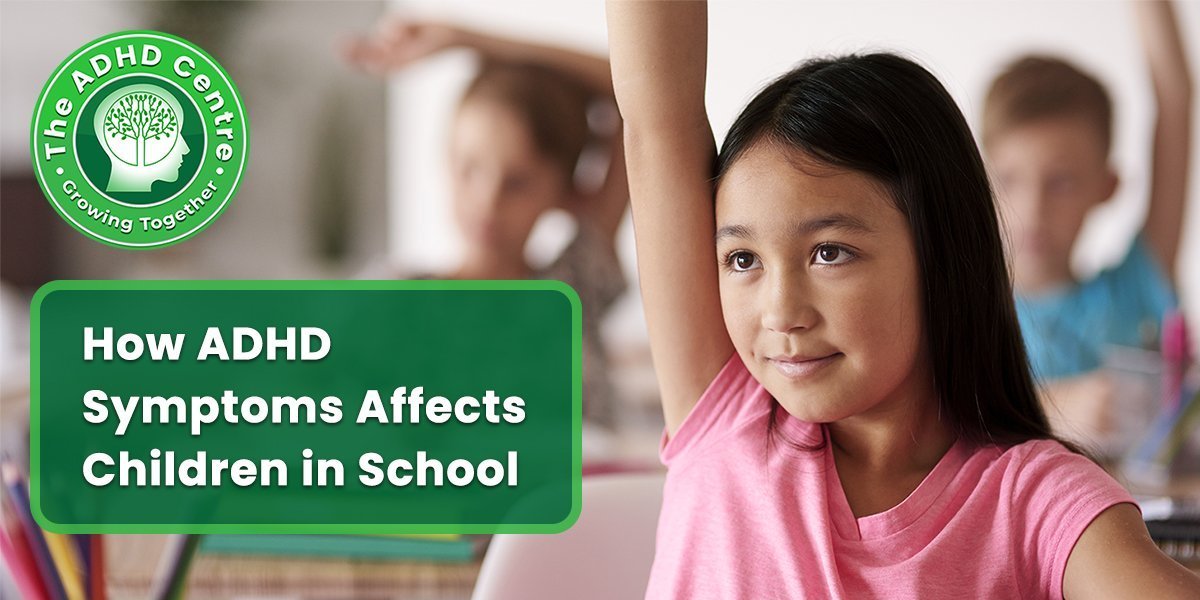 In this section, we shall take a look at the impact of ADHD on school performance. Bear in mind, that symptoms may differ; every single kid with ADHD is unique and may not necessarily experience all these challenges.

Such challenges include slow processing of information. So, children with ADHD may find it hard to read, write, will respond slowly, and may also recall facts slowly. Among the three language- processing problems which are common among kids with ADHD include:

Written language – They may be slow in reading and writing and this causes them to spend more time in completing their work. They tend to produce less written work and find it hard to organize essays. They may also find it hard to transfer their ideas from their head onto paper. The answers of their written test or essay may be brief and this also applies to their responses to discussion questions.

Listening and reading comprehension – Children with ADHD may become confused with lengthy verbal directions. They may find it hard to take notes and may not pick out homework assignments from their teacher’s lecture. Also, they may find it hard to recall what they read and will need to reread their material.

Actually, inattention in children with ADHD doesn’t imply that they can’t pay attention. They don’t have any issues in focusing and staying on a task or a topic that they enjoy or are interested in. However, they quickly tune out when the task is repetitive or boring. Another common issue is staying on track; they find it difficult to focus on a task; so, they bounce from one task to the other without completing any one. In some cases, they skip procedures and for them to stay focused, then they need a calm and quiet environment. Other things that children with ADHD may experience include:

They may find it hard to listen in class.

It’s possible for them to daydream and end up missing lecture content or homework.

They may fail to pay attention to detail and end up making careless mistakes at work.

Also, because of their inattention, they may fail to notice errors in punctuation, spelling, grammar, capitalization as well as changes in signs (+-) in mathematics.

They find it hard to stay on task and complete school work. In fact, some kids may move from one uncompleted task to another.

ADHD in children may result to lack the awareness of time and grades; they may not even be aware that they are passing or failing in class.

Hyperactivity Signs and Symptoms of ADHD

It’s crucial to know that hyperactivity is the most obvious sign of ADHD. Although children are naturally active, children with hyperactive symptoms of ADHD are always moving. Also, they may attempt to do many things at the same time; bouncing around from one task or activity to the other. Even when you compel them to sit still (which is often hard for them), you may find out that they may be tapping their foot, drumming with their fingers or shaking their legs. Among the symptoms of hyperactivity in children include:

They may have a quick temper

Moving around constantly and always running or climbing inappropriately

Impulsive Signs and Symptoms of ADHD

The impulsivity of children with ADHD can result in problems with self-control. The reason is that they typically censor and inhibit themselves less than the way other children do. You may often find them interrupting conversations, asking irrelevant questions in class, invading other people’s space asking overly personal questions and making tactless observations.

For children with ADHD, adhering to instructions such as “just wait for a while,” and “be patient” is usually much more difficult than for other children. Sometimes, kids with impulsive signs and symptoms of ADHD appear to be moody and can also overreact emotionally. This may cause other people to see them as sensitive, needy and disrespectful. Other symptoms of impulsivity in children include:

Intruding on other people’s games or conversations.

Having the inability to control powerful emotions which leads to angry outbursts of temper tantrums.

Rather than taking time to solve problems, they either guess or blurt out answers in class without even waiting to be called on or listen to the entire question.

Interrupting other people and saying the wrong thing at the wrong time.

previousPositive Effects of ADHD in Children