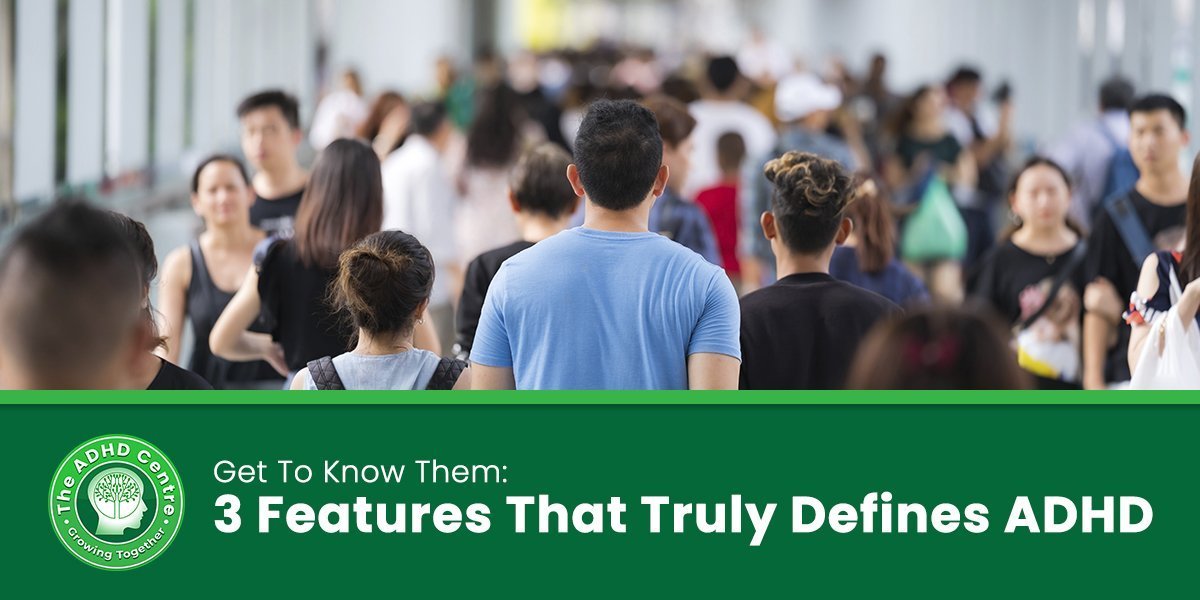 When we talk about the signs of ADHD, the first thing that comes out of our minds are the three main symptoms – inattention, impulsivity, and hyperactivity. While that may be the case, there’s actually more to ADHD than what meets the eye. Here are the 3 features defines ADHD.

Defining ADHD Through Its Symptoms

According to the 5th edition of the Diagnostic Statistical Manual of Mental Disorders – the holy grail of psychiatric diagnosis, there are about 18 criteria for diagnosing ADHD. Healthcare experts and ADHD specialists use this manual to identify if the symptoms that a patient is showing does equate to ADHD. Other industries, like insurance, use it to estimate the coverage of a patient’s medical needs. Researchers use it as a basis for determining different areas that are relevant for further medical study.

However, little does everyone know is that there is a problem with this list: it only defines the symptoms affecting children. That makes a list misleading, which is actually the case since it has resulted in some misdiagnosis. The inaccuracy has also led to multiple treatment failures for the remainder of the age brackets – namely teens, adults, and even the elderly.

Majority of people, along with some if not most psychiatrists, have a very vague understanding and knowledge of what attention-deficit/hyperactivity disorder really means. All of them assume that the condition is related to a lack of focus and hyperactivity. But they are wrong, and here’s why:

When we consider what symptoms that every person that has ADHD have in common, we often think of the “three main symptoms of ADHD.” While we already know what that means, it’s actually not the case. If we talk about the symptoms that genuinely defines ADHD, a different group comes into place. It’s not the inattentions, the impulsivities, or even the hyperactivities. Instead, ADHD has three defining features that explain every single aspect of the illness. These are the following:

For common people, it might seem like three completely random mental health terms that have nothing to do with ADHD. But if you’ll read further as we discuss each of them, you’ll understand why and how they relate so much to ADHD.

Let’s discuss each of them below:

You might be asking, “what in the world is an interest-based nervous system?” To start off, it’s a condition of the mind where it only focuses only on interesting things. It’s time people become aware that despite what it’s called, ADHD doesn’t involve having a “deficit” with attention. Instead, it causes an “irregular” flow of attention, where the mind is only active under certain circumstances.

When athletes are interviewed on television, they’d mention things like “getting in the zone,” and “hitting a groove.” All of these statements actually describe the state of being hyper-focused. 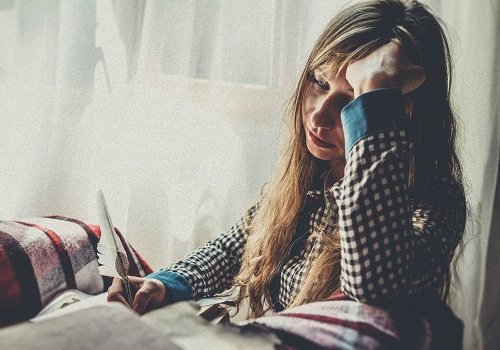 Now it doesn’t mean that every athlete has ADHD, but it does imply that a person diagnosed with ADHD can excel in sports or even other types of fields for that matter. These people tend to develop intense concentration on a particular task or activity. Along with hyperfocus, they also tend to produce an intense feeling of wanting to accomplish what they are doing. As a matter of fact, the amount of focus can be so extraordinary that it results in a loss of awareness of time and other outside factors.

However, keep in mind that this state is only activated when the person with ADHD is very much interested in what they are doing. So homework and a meeting with their boss will not activate this state.

The actual term isn’t inattention, but hyper-attention. If a child or adult with ADHD looks like they’re not interested, that’s because they are bored with what they are doing. The nervous system of these people is exclusively set on interest-based, and not importance-based. This symptom of ADHD triggers only when they are really interested in something, and not because they are forced. 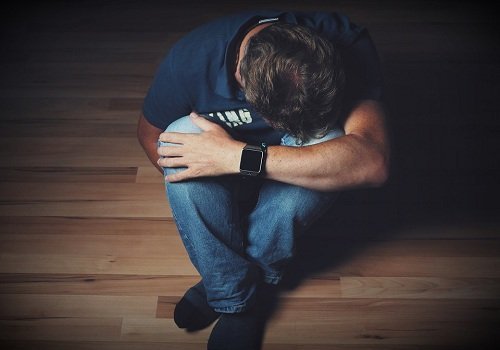 As what most ADHD experts have said, ADHD involves a mixture of different, uncontrollable emotions. This has led to most people expecting ADHD patients to elicit hyperactive tendencies. However, according to expert study, hyperactivity is only present in roughly 25 percent of children and only 5 percent of adults worldwide. The rest, on the other hand, experiences an internal sensation of hyperarousal.

We asked different ADHD-diagnosed people to elaborate on their experiences. Here’s what they said:

“I’m always anxious and tense. I try to relax, but it’s nearly impossible.”

“Sitting and watching a TV show with my family is really a burden for me.”

“I can’t sleep. I can’t switch my body and brain off and get some quality sleep at night.”

As what has been already known, people that are diagnosed with ADHD have very intense and passionate emotions. Their feelings tend to be more severe than the average person. The sense of happiness and criticism is more intense and powerful for these people compared to the average ones.

Even in early childhood, a person with ADHD is already aware that they are entirely different, and it is rarely accepted and treated as a good thing. Through the years, these unfortunate people may tend to develop low self-esteem since they will realise the hardships of getting their minds engaged. What’s worse is that people don’t even understand your mental disorder requiring their consideration. Most of the time, shame dominates the emotions once a child with ADHD transitions into adulthood. Their emotional hyperarousal will get worse as sharp dialogues and criticism from other people will become more and more intense.

To counteract low self-esteem and feelings of doubt and shame, the people that revolve around the person having ADHD should be more understanding and considerate. These people need the help and support from others who believe that they are indeed good people. They need to understand that they are not alone, and despite their sensitivity, they are still accepted and loved by the people closest to them.

Aside from being emotional, people with ADHD are also super sensitive. This is because an ADHD patient also has a disorder called Rejection Sensitive Dysphoria (RSD). This mental disorder is an intense sensitivity to the impression of being rejected, harassed, or criticised. Keep in mind that it isn’t necessarily the reality; instead, it’s how these people feel about themselves. RSD causes severe emotional pain that is also present once the person senses failure, or not being able to finish a task on time. It is also triggered once a person fails to reach either their own standards or the expectations of others. 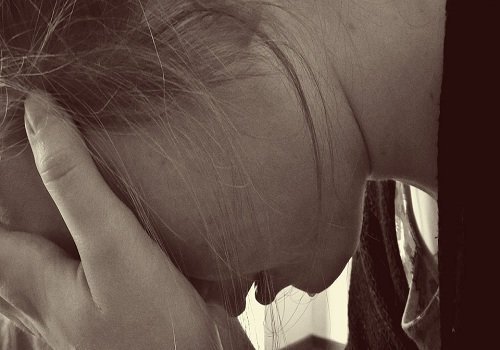 People with ADHD often find it hard to describe the feeling of RSD. They would say, “I can’t find the exact words to tell you just how it feels like. I can even hardly stand the feeling of it. It’s gut-wrenching, to say the least.”

Most of the time, people who experience RSD compare it to physical pain, like being stabbed multiple times in the back, or struck right in the very centre of the chest.

People experiencing RSD is often hide their condition from other people. These people are hesitant to even talk about it. The reason is that of the shame that they feel about their lack of control. Other reasons include not wanting others to know about their intense vulnerability and the fear of being judged and ridiculed.

People should be aware that 99 percent of people – child, adolescent, or adult – with ADHD also experience RSD. It can be treated with proper ADHD medication, along with alpha-agonist medications like clonidine and guanfacine. But the ultimate remedy for rejection sensitivity is acceptance and understanding by the people closest to the ADHD person.

At this point, we would assume that it’s safe to say ADHD isn’t generally defined by inattention, hyperactivity, and impulsivity, like what most people believe. Although the three are present among the majority of people with ADHD, however, the three defining features of ADHD that was just discussed in this article deserves some mentions as well. People are suffering from the said symptoms, yet people are overlooking them like they aren’t that important. But they are, and it’s just about the time that people become aware of them.

At The ADHD Centre, we offer an Online ADHD Test for you to know or confirm if you or a loved one happens to have ADHD and if you would like some further guidance and support on managing your ADHD then please contact us at The ADHD Centre on 0800 061 4276 or via [email protected] We can provide you with an in-depth ADHD assessment to improve your understanding of the disorder and to know what treatment method is fit for you.