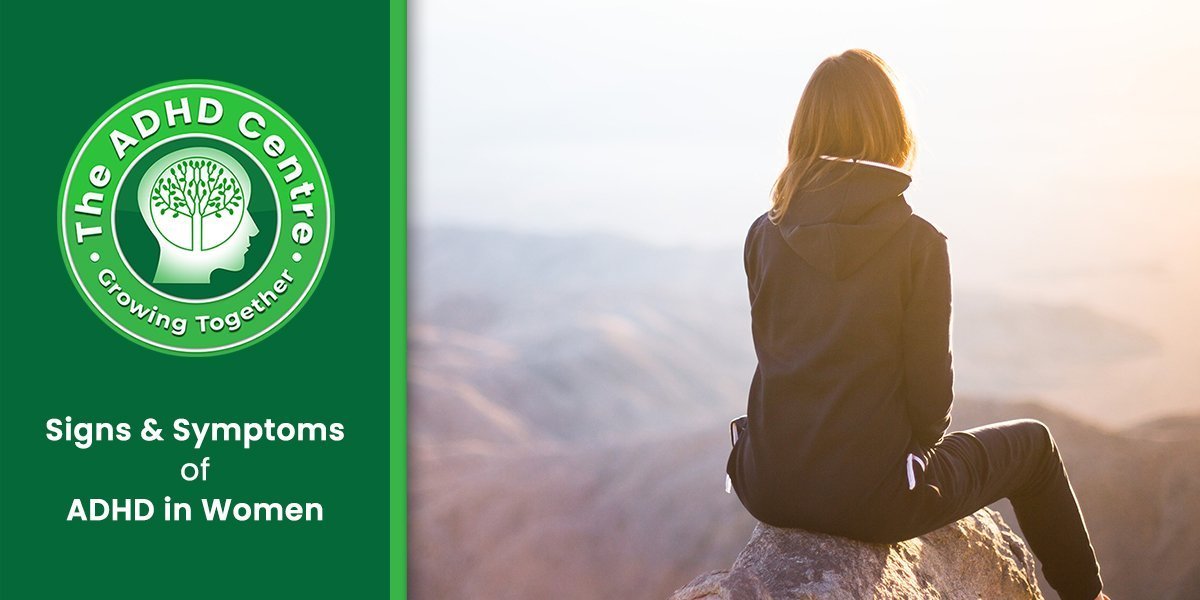 Recently, it’s been discovered that the fastest-growing group of persons to be diagnosed with ADHD is women – mothers in particular. In some ways, female ADHD is overshadowed by male ADHD. Generally, boys are three times more likely to be diagnosed with ADHD as girls. However, this doesn’t eliminate the fact that women still do have ADHD. It is estimated that  about 50 to 70 percent of women with ADHD are undiagnosed. So, why are Symptoms of ADHD in women not easily diagnosed? The answer to that question rests on the fact that men and women usually have different kinds of ADHD. However, it’s crucial to point out that it’s easier now than it was before to diagnose women with ADHD. Buckinghamshire and Milton Keynes ADHD Centre are home to some of the best healthcare professionals that can help diagnose ADHD symptoms in women and provide the best care for people with ADHD.

Understanding the Difference Between ADHD in Male & Female

Male ADHD tends to be “Hyperactive ADHD” which is characterised by their inability to sit still. It also causes them to interrupt conversations, embark on risky behaviours, talk a lot, and have intense emotional reactions.

On the other hand, female ADHD tends to be “Inattentive Type ADHD”, which used to be commonly known as ADD. Some of the ADHD in women symptoms are not so obvious like their male counterparts. For instance, the individuals affected may appear to be paying attention but the truth is that their mind is elsewhere. This kind of ADHD is often characterised by daydreaming, being disorganised, being withdrawn, finding it difficult to make decisions or requiring a longer time to process information. Another reason why common ADHD symptoms in women are not easily diagnosed is that most research on ADHD were done in the 70’s and they focused mainly on young, white males having hyperactive tendencies.

Unfortunately, female ADHD often presents quite differently to male. So, it’s likely that less women are diagnosed simply because people are not checking some of the common ADHD symptoms in women. Being able to identify some of the symptoms below would give you an idea of whether you have ADHD in women symptoms or not. Also, you can share the results with your mental health professional since a health professional is the one only officially qualified to diagnose the common symptoms of ADHD in women.

So, going through these should in no way serve to diagnose ADHD or replace the care of a healthcare professional. It’s only meant to serve as a guide and to inform you how it affects and seek professional ADHD medication in women as early as possible.

One of the challenges of having ADHD is that it comes with co-morbidity – a second health condition which is as a result of the ADHD. The constant feeling of being overwhelmed, and socially isolated can cause women with ADHD to have low self-esteem, anxiety and depression. It’s also believed that 50 percent of people with ADHD actually have a co-morbidity and anxiety happens to be the most common.

Women having ADHD are likely going to feel “on the brink” like something else would push them over the edge and they’re hardly coping. You just have this feeling of drowning in paper. In your car, at home, at work or even in your purse. You have this uneasy feeling that forgotten projects or unpaid bills are somewhere under the paper.

Women are typically very resourceful and good at adapting and most women struggling with ADHD have over the years successfully developed coping mechanisms that help them to handle the issues that ADHD brings with it. However, this often causes them to feel like they are always “acting” at being competent. While some women are able to “hold it together” in their workplace, they might have the feeling that things are falling apart at home.

Most times, women with ADHD find it hard to feel they have a lot in common with other people – they have the feeling that they just don’t fit in. This ends up causing them to isolate themselves. Since social rules appear too complicated, women with ADHD may find friendships difficult to manage.

Although the level of impulsive behaviour in women with ADHD might be less than those with “hyperactive” ADHD, they usually end up eating or shopping impulsively. Although you may feel better at the moment after a shopping trip, you usually feel regret when the credit card bill arrives.

Women with inattentive ADHD frequently forget birthdays, where they kept their smartphone or keys and appointments.

Available results from studies indicate that women with ADHD have a higher tendency to give up on tasks that are simply challenging because they believe that the task was beyond their control.

So, to know how ADHD affects women, you can translate the following symptoms into everyday activities and find out if you’re experiencing these things in your life. As earlier mentioned, there are other co-occurring conditions that may be present along with ADHD in women. Some of the coexisting conditions that women experience in addition to ADHD include:

Knowing about these coexisting conditions is essential because they can also result in symptoms that appear like ADHD. This will, in turn, make diagnosing ADHD in women more difficult.

Having taken a look at common ADHD symptoms in women, do you think you might have ADHD? How many of these symptoms can you identify with? If you identify many of the symptoms in your life, then there is an increased possibility that you might have ADHD. But what happens next, now that you suspect that you may have ADHD? You need to be diagnosed by a healthcare professional. You can ask your doctor for the best healthcare professionals in your area; there are many of them in Buckinghamshire and Milton Keynes that can not only help to diagnose ADHD but also provide the best care for people with ADHD. It’s only an accurate diagnosis that can confirm whether you have ADHD. Although ADHD cannot be cured as such, it can be well managed. With expert help, accurate diagnosis and the correct individual treatment plan you can overcome core ADHD symptoms and learn to develop and grow in all kinds of ways you may not have thought previously possible.

At The ADHD Centre, we offer an Online ADHD Test for you to know or confirm if you or a loved one happens to have ADHD and if you would like some further guidance and support on managing your ADHD then please contact us at The ADHD Centre on 0800 061 4276 or via connect@adhdcentre.co.uk. We can provide you with an in-depth ADHD assessment to improve your understanding of the disorder and to know what treatment method is fit for you.

next5 Benefits of Adult ADHD Treatment