Are you a notorious overthinker? Do you tend to think way too much for too long? Overthinking can be normal, but when it starts taking over, it can potentially ruin your daily life. Your overthinking can get worse when you have attention-deficit/hyperactivity disorder. Learn the effective ways to fight ADHD overthinking

you are spending too much time and energy thinking about something to the point where it’s starting to make miserable. It traps your brain in a never-ending spiral where you are constantly repeating the thought of a past situation. You can think another topic, process it and switch to a new one, overthinking brain will continue to think about it, overlapping with the current topic that you are processing.

Overthinking causes severe depression and frustration to people with ADHD. Most of the time you feel bad about yourself, which causes you to feel not in the mood most of the time. Constant attacks by lingering thoughts can have a number of adverse implications. It usually serves as a magnet, drawing bad memory after bad memory into your head. After an overwhelming episode where you’ve just reminisced a number of painful memories, you will feel too drained to even think about being positive

To give you a clearer picture of what overthinking is like, here’s an example:

You ask a girl you like to go out on a date. But unfortunately, she declined your offer. You feel bad about the rejection. You feel the pain for several hours. During this period, you will also start recalling other rejections in your life. You’ll remember the number of girls who’ve also rejected you before, or the time the company you dreamed of working declined your application. You’ll even recall the things that weren’t rejections initially but does feel like it at the moment (e.g., a meeting changes venue, causing extreme inconvenience in your part, or an email you sent went to your recipient’s spam folder.

During your deep negative thinking, you will tend to look at your future in a very gloomy way. It feels as if your mind has given you all the reasons to believe that you will be miserable for the rest of your life. It isn’t true, of course, but at this moment, it will definitely feel like it after all the thinking that processed all at once.

Overthinking can be an all-natural process, it can also be the result if the creative and overly active ADHD brain. While most believe overthinking to be a symptom of obsessive-compulsive disorder, it’ actually relates more to ADHD. OCD is a condition that commonly coexists with ADHD, you don’t need to have OCD to become a notorious overthinker.

Rough Side Effects Of ADHD Overthinking

Needless to say, overthinking has a lot of adverse side effects. Here are three of the most common ones: 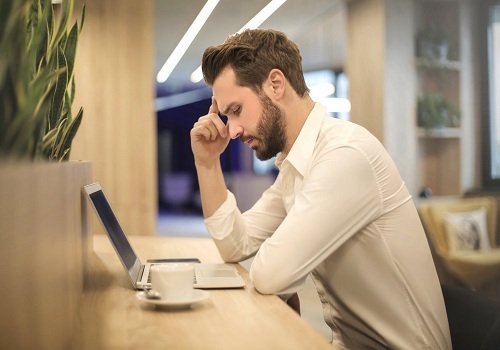 Not All ADHD Thinking Is Bad

Despite overthinking being a prominent feature for most people with ADHD, it’s also worth knowing that some people living with ADHD do the exact opposite. Some develop no thinking or reflecting methods to deal with their ADHD brains. An ADHD person tends to jump from one activity to the other, and they also don’t learn from the events that happened during the day. Because of that, they don’t develop a plan to deal with their day, which causes constant stressful days to repeat again and again.

Sometimes balance is essential to help you manage your tendency to overthink things. Take this situation as an example:

After being diagnosed with stage-II cancer, Alice went out of the hospital with a realisation: she realised that her cancer is going warrant her full attention from now on, and she wasn’t having any of it. She is no going to adhere to her condition. Instead, she planned things out and have come up with ways to somehow “distract” herself from worrying or overthinking about her cancer. She turned to focus more on things that were important: her family and career. She also made an emphasis on prioritising the smaller details, like exercising in the morning and having tea during the afternoon. 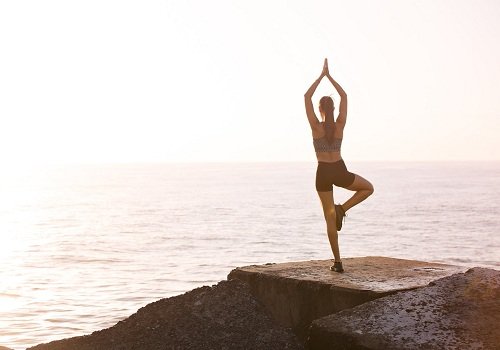 Throughout constant chemo, radiation, and surgery, she focused more on the present and filled her mind with nothing but inspiring thoughts. She refrained from thinking about her cancer, which would depress her. She developed a positive disposition that she carried throughout the year and it has helped significantly in her fight for cancer. So while it may not be the best year for Alice, it wasn’t the worst, either.

Whenever you get caught up in an overthinking loop, Alice’s story will serve as an inspiring example that diverting our attention away from a negative thought is possible. No matter what the circumstance of how severe your ADHD is.

To give you a headstart in your campaign against your ADHD symptoms, here are four useful ways to free yourself from overthinking. Each item involves shifting your focus from your inner thoughts of what exactly is happening in your external environment.

The easiest way to prevent yourself from overthinking is to distract your mind in the first place. So start listing down the things and activities that you find fun and amusing. Choose the most compelling one that’s really fun and can capture your attention completely that there will be no room for you to think about anything else. 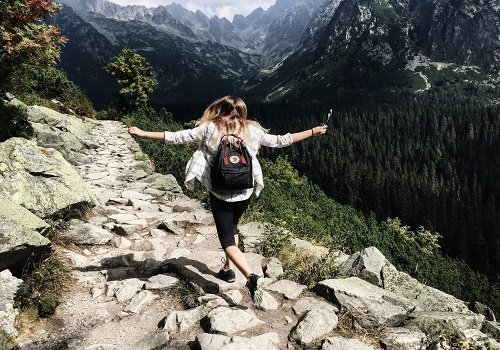 One way to treat your overthinking tendencies is to get physical and exercise your heart out. When you exert force and move your body, you also release feel-good hormones that will lighten up your mood and will even give you that much-needed glow. It’s also important for you to pick your exercise carefully as some types require more thinking time (e.g., running on your own). You should instead go for the ones that focus mainly on your physical movements since it gives you no time to think about anything. (e.g. martial arts). You can test various exercise to determine the ideal one for you that will help you stop thinking too much.

3.) Think about other people’s problems

Sometimes the way to stop overthinking is to unleash your kindness and worry, instead, about other people’s problems. It’s effective as it can block out your own problems and trouble. There are numerous ways to do this. Here are some of the most common ones:

Shifting your focus on something else will always help you from overthinking. So incorporate a goal and put all of your attention on achieving it. Focus on something positive and productive will take you away from deep thinking. Choose a goal or set of goals now and get an ample shot of feel-good dopamine hormones.

Your ADHD is the reason for your lingering thoughts and overthinking tendencies. That’s why you need to get help in trying to manage it. If you’re faced with having ADHD as an adult, the grief cycle is a common process that you go through. But you can overcome your ADHD with the right tactics and the right people to help you.

If you want to start getting organised and avoid being forgetful, it’s crucial that you get help right away. So book an appointment to your nearest local ADHD clinic today and get a proper diagnosis as early as possible. If you live on or near London or Manchester, you’ll be relieved to know that the ADHD Centre is currently operating in these areas.

The ADHD Centre offers holistic ADHD treatment and cares for both children and adults. We are also affiliated with other ADHD clinics and organisations to maximise our services. Are you living in the UK? Lovely! We also offer online assessment via Skype. So wherever you are in the UK, know that the ADHD Centre is always available for your ADHD needs.

Break Away From Rumination!

Your ADHD, There are numerous ways on how you can prevent any lingering thought from constantly causing havoc on your mind. By following the strategies mentioned in this article, you can overcome your overthinking even if you have other ADHD symptoms to consider. Not only will they cure your overthinking, but will let you think better and focus more on the positive side of things instead of sulking in on the negative.

previousThe ADHD Grief Cycle - 5 Stages That Will Happen After Diagnosis

nextADHD Coaching: Deciding What To Wear As A Serious Challenge

We are currently offering discounted online assessments for adults (£545).

We are now able to offer in-person assessments for adults (£695) at our clinic in London and Manchester.
Contact us today to book your ADHD assessment and access the latest evidence-based treatments.
×