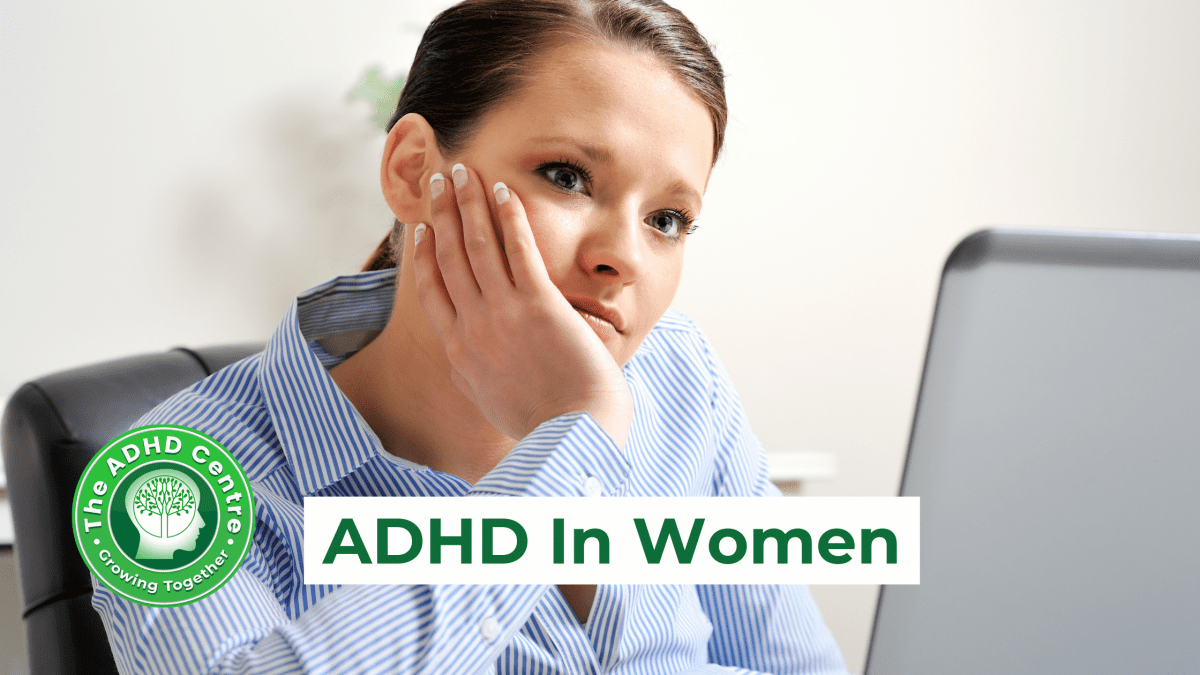 There is a huge misconception that mainly boys have Attention Deficit Hyperactivity Disorder (ADHD). Statistical data would seem to support this, as boys are five times more likely to be diagnosed than girls. Yet in adulthood, the gender ratio is 1.6 men for every woman. But ADHD is not something that starts in adulthood and it is always present in children. This suggests that female ADHD is much less frequently recognised in childhood but it is most definitely there. So what happens to all these girls who are undiagnosed? How does this lack of recognition impact their lives?

Here is Doctor Muffazal Rawala discussing the presentation of female ADHD. Doctor Rawala is a Consultant Psychiatrist at the ADHD Centre. He has a particular clinical interest in ADHD presentations in women and he offers some interesting insights into the reasons for later life presentations of ADHD in women.

As Doctor Rawala states, you could have ADHD if you have issues with:

Why not try our ADHD Quiz and consider booking an appointment for an ADHD assessment? Please note the quiz is not a diagnostic tool and should not be used in this way. It merely offers an indication based on the most common signs of ADHD. An official diagnosis can only be made by a qualified professional.

Many people think that kids with ADHD are always disruptive and hyperactive. But ADHD is not that simple. It’s a complex and often misunderstood condition that doesn’t affect everyone in the same way.

There are three main types of ADHD:

Symptoms of hyperactivity-impulsivity but not inattention

Symptoms of both inattention and hyperactivity-impulsivity.

Inattentive ADHD can be difficult to identify. This is because its symptoms are less obvious than Hyperactive ADHD and not what many people would consider being ADHD at all.

It would seem that there are a number of diagnostic challenges around not recognising female ADHD at an earlier stage. In boys, hyperactive symptoms are more dominant and this ties in with what we’ve seen from studies, that often ADHD in boys is behavioural. Because these behavioural challenges affect other people, they are easy to identify and people take action more quickly to prevent further behavioural issues. In girls, symptoms of inattention are more dominant and these are often overlooked. Unfortunately, it can take a long time for someone who struggles to pay attention to receive either recognition or support. 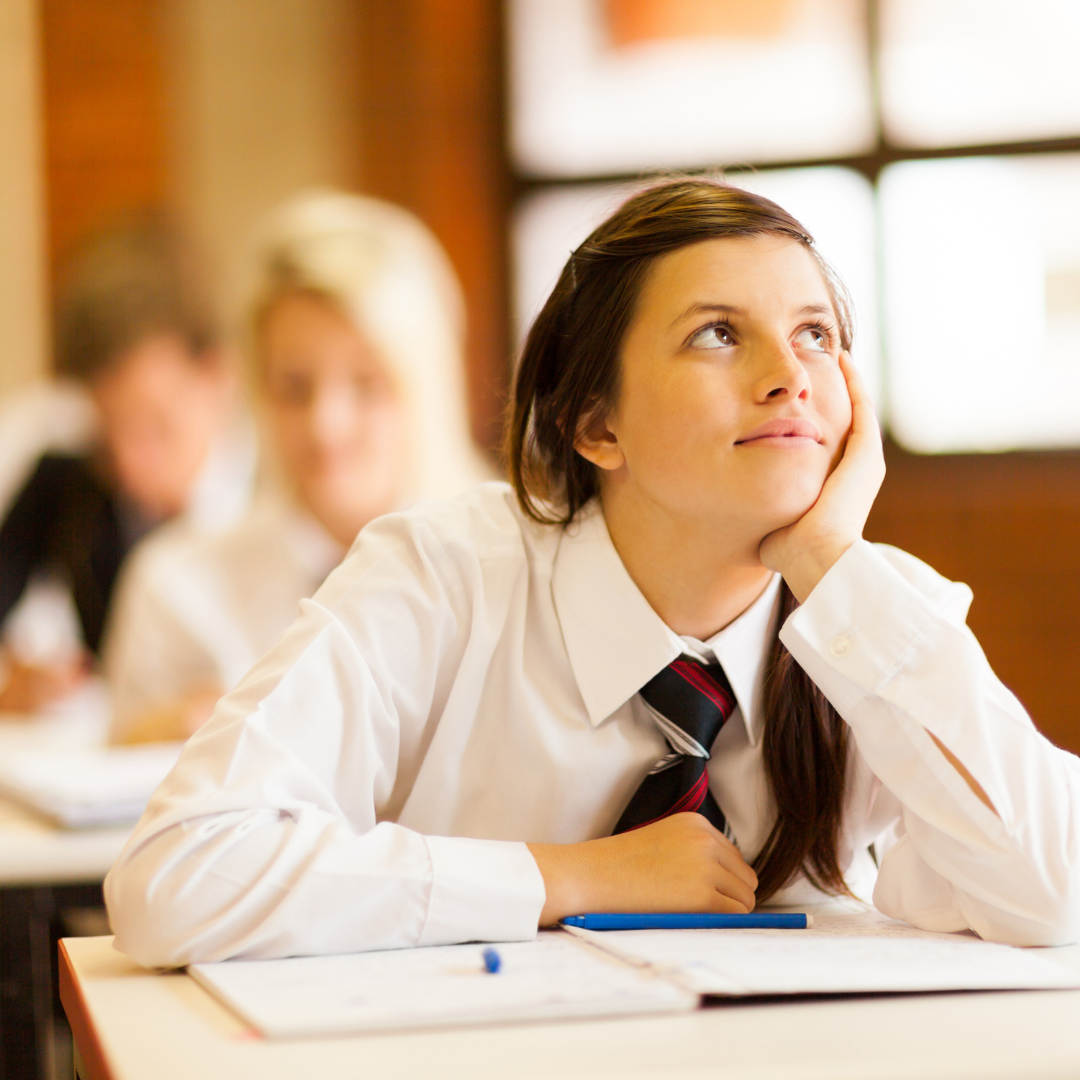 A child with Inattentive ADHD may not act impulsively at all. They are capable of sitting quietly and calmly and may even appear to be listening intently. In fact, they could be in a deep daydream and while this may not seem like a significant problem, inattention can result in children underperforming at school as well as other issues throughout a person’s life.
It’s worth noting that the diagnostic criteria for ADHD of hyperactivity, inattention and impulsivity are the same for everyone, irrespective of gender. However, different presentations of ADHD mean that one or two of these criteria may be more dominant and lead to symptoms of ADHD that are more or less noticeable.

Growing up with female ADHD

At the ADHD Centre, we have seen a number of patterns emerge around gender and ADHD. As everyone experiences ADHD in their own way, the observations that we discuss here are not true of all of our clients, they are merely what we observe the most often in clients who are female or who present themselves as female. What we describe are commonalities that we have found between different women with an ADHD diagnosis.

This is how female ADHD could manifest itself at different life stages:

There’s no reason why a young girl who has ADHD can’t be a high achiever at school, especially in certain subjects. Indeed this is often the case for children who are well supported at home. Inattentive ADHD often causes children to zone out and struggle to concentrate, particularly at certain times of the day such as in the afternoons. As a child moves from primary school through to secondary school, it may be difficult for her to organise homework and exam revision. There may be many late nights studying and uncompleted tasks due to procrastination. A conscientious school girl may feel frustrated and struggle with feelings of inadequacy and low self-esteem. ADHD girls often become skilled at masking their symptoms and develop coping mechanisms to help them to manage. 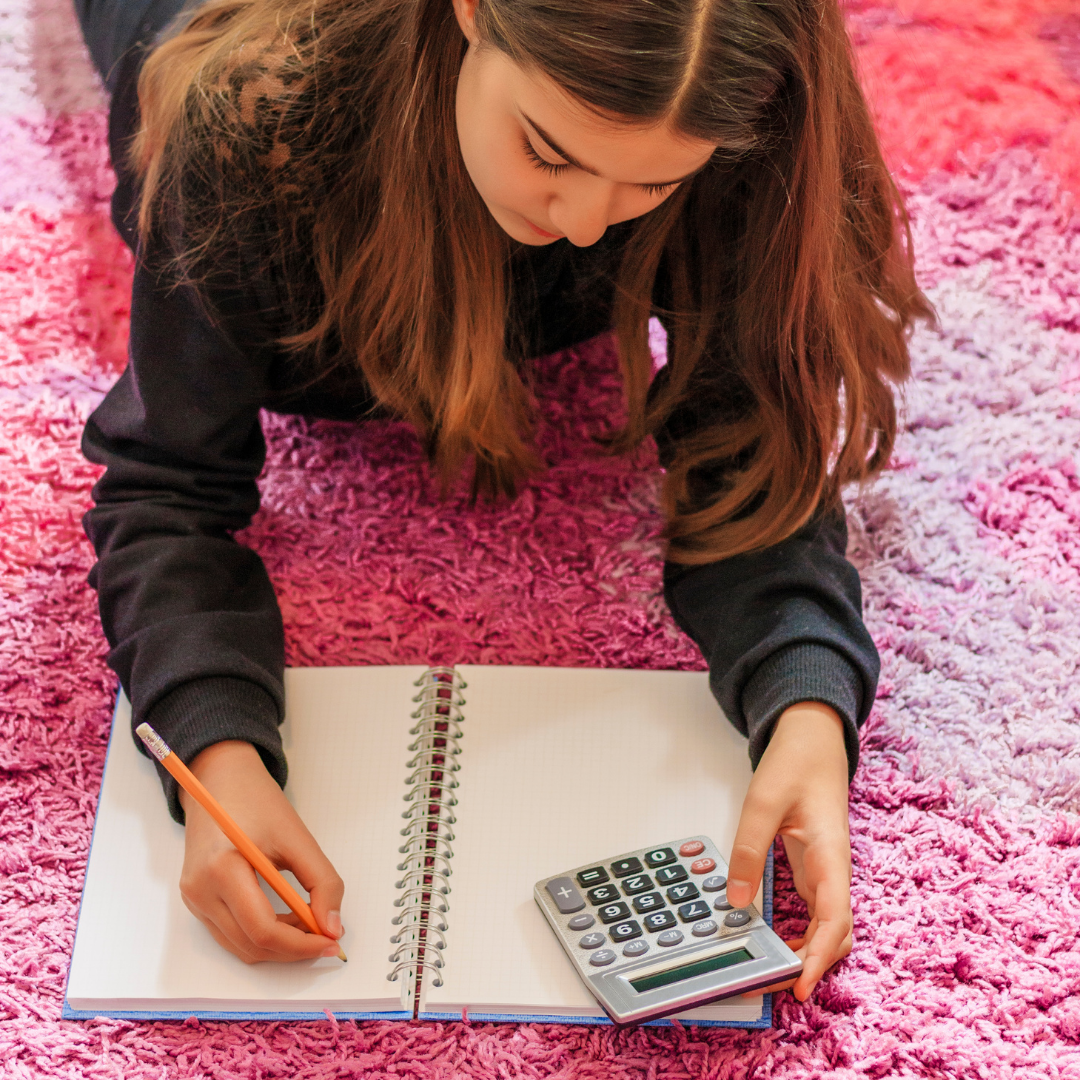 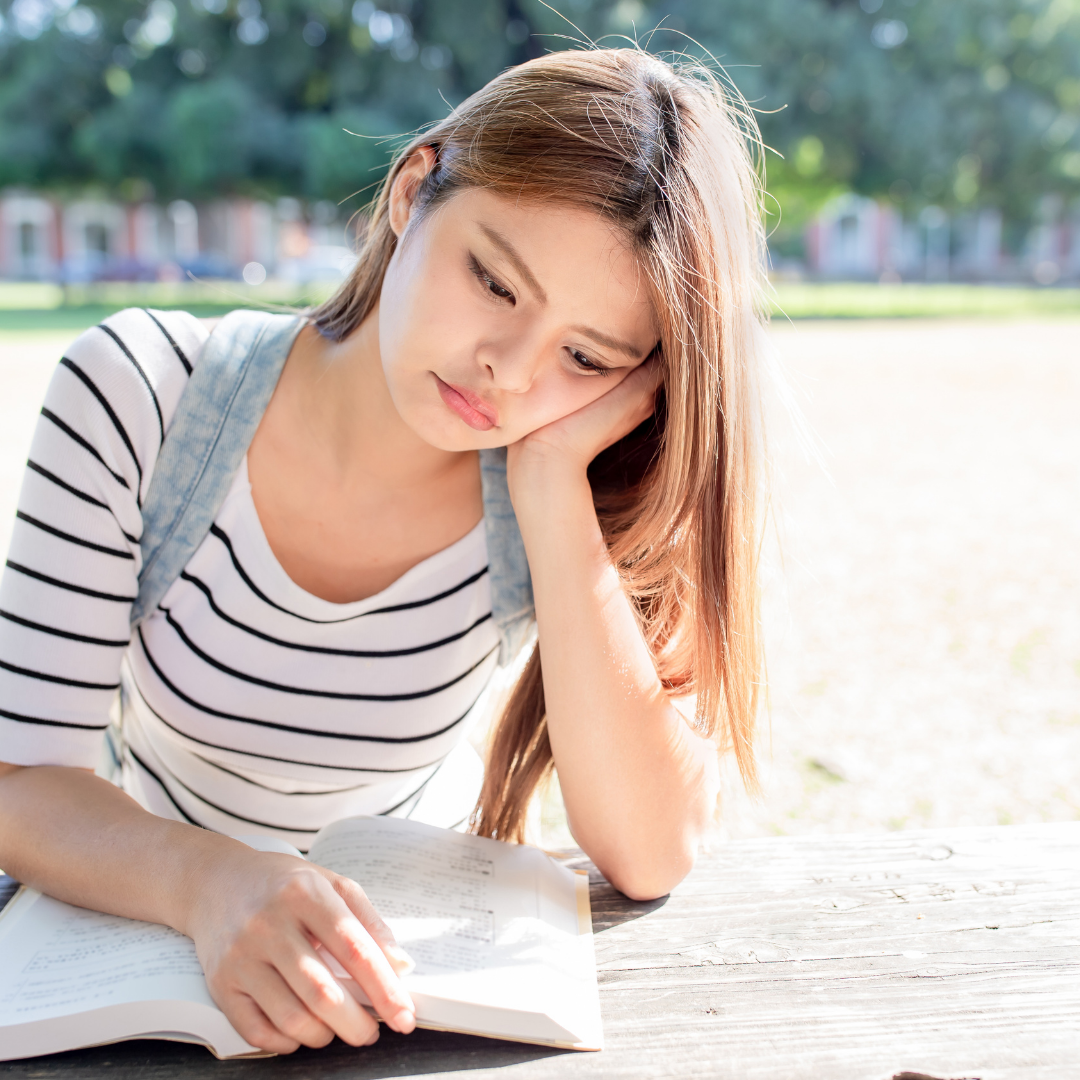 As a girl matures and takes her first steps into adult life, perhaps by leaving home for the first time to go to college or university, ADHD symptoms may show up in different ways. Organising new responsibilities such as an independent study timetable, shopping and paying bills can be really challenging and overwhelming for someone with ADHD. The coping mechanisms put into place in earlier years may no longer be sufficient and if ADHD remains undiagnosed, other diagnoses may be considered.

ADHD can again present differently once a woman reaches mature adulthood. The demands of juggling adult responsibilities such as home organisation, relationships, work and childcare can lead to burnout and exhaustion as it all becomes too much to manage. It can be particularly difficult at this point to uncover the ADHD behind the mask and diagnosis of comorbid conditions such as depression, anxiety, insomnia and OCD are common. What is not always clear is if these other conditions occur as a result of untreated ADHD or if they are independent of it. Our blog The tip of the ADHD iceberg – when it’s more than ADHD provides more information about ADHD comorbid conditions. 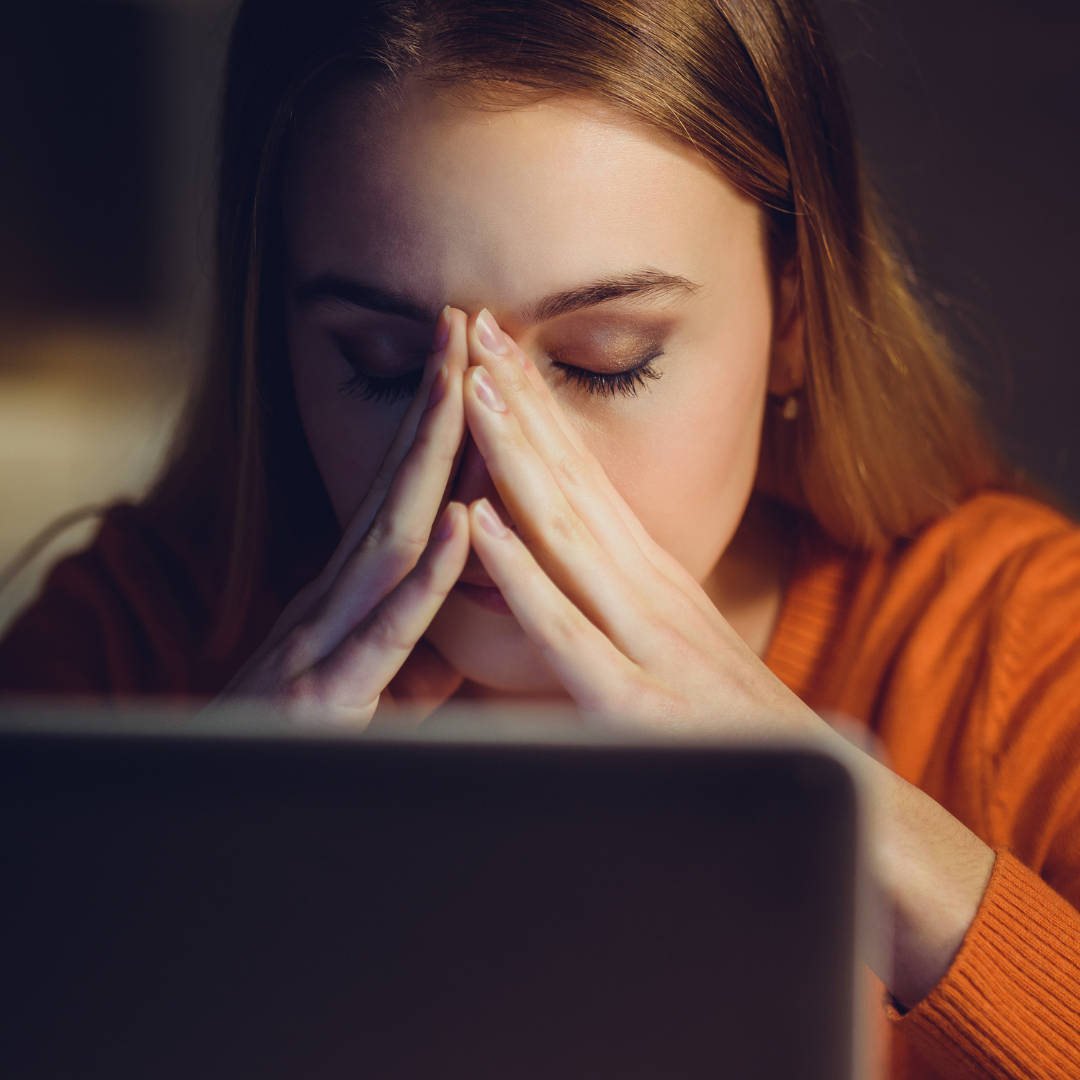 We often receive referrals for women over the age of 30 who have recently realised that their pattern of symptoms fits with ADHD. When these women were of school age, female ADHD wasn’t as widely recognised, especially the inattentive type. Women with ADHD sometimes come forwards for assessment following one of their own children or another family member being diagnosed as ADHD can be genetic.

Please contact us if you would like to find out more about booking a private assessment for ADHD or autism. It’s never too late to get a diagnosis and ADHD is highly treatable at any age. We offer a wide range of evidence-based treatments and therapies that are tailored to suit individual needs. You can reach us on 0800 061 4276  or by email at [email protected]

What is adult ADHD?
ADHD in women symptom checklist
ADHD in girls and women